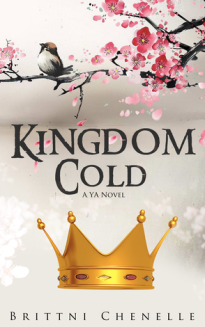 Favourite Quote: ‘More than once my mind slipped to a dark place and I couldn’t help but wonder if it had all been my fault. Perhaps I’d pushed Emmett too far. I pretended. I lied. I made him believe I’d marry him, and all the while I was moments away from plunging a dragon-hilted sword into his chest on the alter. I was a monster, and in all my scheming, I’d forgotten something important – Emmett was a monster too.’

Princess Charlotte, the only child born of royalty in Besmium has everything a princess could want, a castle, servants, delicious food and most importantly, the chance to rule over the kingdom as Queen. Except she wants anything but. Her desire to climb the castle walls and escape to a life without a crown and title are too intense, especially when her mother provides her with a prince to marry. At the age of 16 she has a responsibility to form an alliance to help with their ongoing war against the Drethen, so it came as no surprise when her dreams of adventure and freedom overcloud her judgement when she aims her arrow at the chosen prince. When war descends upon her castle before Charlotte is forced to wed, her entire life gets thrown upside down into a world of bloodshed, deceit and uncontrollable forces of the heart.

As the third born male heir, Prince Young always knew he would be married into a kingdom. His responsibility to his family was to form an alliance, he knew his place and his position which took years of scolding and punishment to drive him to his serious disposition. He will do his duty with all the training he has mastered in proper etiquette, politics and history to rule a kingdom, what he didn’t expect was for his betrothed to make an attempt on his life before stepping foot into his new situation or to experience the look of disappointment in her eyes when she was introduced to him as his official bride to be. When the Drethen storm the castle walls the day of his wedding, Young takes position in his future kingdom, only to discover that he isn’t the only prince who has eyes for his princess.

‘”I’m Prince Young of Vires,” I said, bowing deeply. My mind raced.
I’ll never love you.
I continued. “It’s an honour to meet you.”
You tried to kill me.’

*SPOILERS*
I quite liked this story. Don’t get me wrong, it was entirely predictable, I mean if a princess who doesn’t want to get married, shoots an arrow at her prince, doesn’t then fall for him, then the fantasy genre is all wrong. It was a nice easy enjoyable read that I finished in one sitting. The characters were well written, the storyline was enticing and the scenes were realistically detailed. It had ruling kingdoms, sword fighting, handsome princes’ all fighting for the love of one princess, what else could you want in a fantasy romance?

I’m really glad the story is told from various perspectives, mainly Young and Charlotte which really helped bring their character to light, although I felt the author could have spent a bit more time with them, they had enough emotion to bring purpose, but I wanted a bit more, particularly from Charlotte. She started off as a very emotional teenager who simply just wanted to be a teenager and explore outside the walls of her castle, instead she is forced into a marriage to help her kingdom ally in the war against the Drethen. It’s easy to see why she is the way she is, but when she is forced into the war outside her castle, her character becomes emotionally detached. It’s unclear where she stands and who she truly feels anything for which is off putting. She’s killed people, become separated from her family not knowing whether they are dead or alive, pushes through her once uncontrollable emotions to keep a level head around Emmett and who knows what she really thinks or feels when it comes to Young and his brother Minseo. Even when she finally gets what she wants, you still feel like the passion and determination has gone, leaving her to just fill her role in her position within the kingdom.

‘The moment I saw Young, all the power I’d felt moments ago melted away. I was a blood-splattered princess standing amidst a murder scene, one I’d starred in. My gaze met his, and I searched for the horror I felt, in his dark eyes, but couldn’t find it. He exhaled relief and I felt the sudden pull of my body towards him as I breathed it in. I couldn’t discern how he could look upon me with such reprieve. He was my cage, my captor, the death of my freedom, but in one kind glance, in my darkest hour, he granted me a modicum of comfort.’

Young was interesting, I really liked the build up with his character. You knew where he stood with his loyalties and even his emotions as a closed off character. The way he watched Charlotte without constraint and felt a need to protect her, even when he was replaced. I really liked the way he reacted around his brother, the only person who seemed to really see Young for who he was. He was determined and strong in just the right way, whilst also being refreshing and trustworthy which made him easy to love. He’s a simple character in that he knew what he wanted and followed his intuition, even when looking death in the face.

The additional characters were a great aspect to the story, Milly, Charlotte’s servant, brought out unexpected emotions and purpose to the main characters, friendship, jealousy and betrayal. Minseo, Young’s brother was unique, his carefree, relaxed disposition brought a new dynamic to the pair although you don’t get chance to see more of his character develop in that sense. Minseo is determined to make sure Young was set up in his new kingdom, even when the war started, he stuck with his brother every step of the way, that is, until he started developing feelings for Charlotte. My own feelings for Minseo died then and I lost interest which is a shame because he had so much potential.

Overall I thought the story was quick paced and a good story for a young adult audience which I’m sure will be able to appreciate the simplicity.

Goodreads Review:
Attempted murder, that’s how sixteen-year-old Princess Charlotte’s engagement starts. It seems like the only thing she has in common with Prince Young of Vires is their mutual discontent.
When her kingdom’s attacked, Charlotte’s parents renegotiate her hand in marriage to a handsome stranger with a sinister plan. With the people Charlotte loves dying around her, and her kingdom’s future at stake, the only person she can turn to is the prince she betrayed. But, should she save her kingdom or her heart?
One must fall.