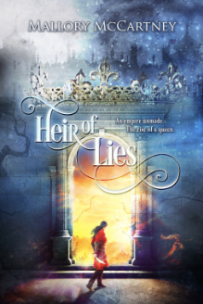 Favourite Quote: ‘Magic hung heavy in the air, and Adair paused, looking up into the darkness. Back to where he had come from. Straightening his jacket and popping his collar up, he breathed deeply, wrenching his gaze forward: to where a world of mystery and enchantment sparked to life before him.
The staircase had solidified, its curving rails inlaid with a deep green hue, the staircase itself, having bled out any colour, turning it into a shimming black. Embers floated around him, silver instead of fiery tones. They spun lazily through the air, creating the illusion of a starry sky, each constellation blinking into existence.
“Adair Stratton, it is a pleasure to finally meet you.” The voice was smooth and commanding, filling with promise.’

The Academy was built for a purpose, to be a safe haven to all who have abilities who are shunned by the world or simply a place to learn how to use them without fear. A school to help heal and bring peace back to the Kingdom of Kiero created by the King and Queen themselves in seclusion. Brokk, Memphis, Adair and Emory have grown up together within the walls of the Academy, the mismatched group combining the two royals and the two lost boys, all anchored together by Emory, the heir of Kiero. When darkness seeps it’s way into the Academy, they are all thrown into a different path to uncover the truth behind the shadow threatening their home, only to discover the dark secrets were buried within the very walls of their hidden sanctuary all along. With demonic war descending upon them and mischievous darkness creeping it’s way in, each of them must chose a side once and for all.

It isn’t every day I find a book that I think; you know what? It hasn’t quite hit my favourites, but yeah, that deserves 5 stars. I thoroughly enjoyed this book. It drew me in to it’s unpredictable storyline, fantastically written characters and beautifully written scenery. It took me by surprise and honestly, couldn’t fault it. I earmarked so many pages for quotes I wanted to add to my review, I lost count.
The story was told from multiple perspectives, Nei the Queen of Kiero with her introduction 15 years prior creating the foundation of the Acedemy, Brokk the orphaned shapeshifter who possesses a dark secret power he doesn’t understand or quite care to, Memphis the telekinetic telepathic who struggles to control his ability, Adair the dark and brooding royalty with no title who is able to possess others which makes him feared by his fellow classmates, and finally the princess of the pack, Emory Fae who we don’t actually get to fully appreciate her point of view until 20 chapters in, which I must say I respected the author for. Usually I’d find it maddening to not know who our princess has eyes for with romance being the main factor in most fantasy I read, she keeps her emotions to herself for the most part and I liked how well it worked for all of the characters. Whilst romantic attraction was always present, it didn’t have to overcompensate for the story to remain interesting. Quite frankly, I wasn’t too bothered with who liked who, each character was engaging in their own part with their own story to tell to keep me occupied.
I do have to say, I would have liked to have seen more of Emory’s ability, we had a good glimpse of it at the start when she was playing the detective with her friends, but after that it felt a bit lost and useless. She stands her own without complaint which made up for it. I found Adair fascinating, it was interesting to see the perspective of a character being pulled into the darkness and how he reacts to every painful choice and reminder of what everyone around him thinks about him, even as the hero for a few short pages he still feels the turmoil of torment and isolation.

‘He had always loved how as soon as he passed underneath the trees, it had seemed like he had stepped into another world. One consisting of weathered bark, mossy ground, and above all, mystery.
“Come find us, come find us, come find us.”
The whispers on the wind pulled at his heart, at his betrayal, his pain. Those chilling voices from his nightmares pulled into the heart of the woods.’

My favourite character was definitely Brokk, there was so much more to him that we really got to know, his confused emotions towards those around him, his determination to not be used as a weapon at the Academy and whilst he knows how powerful he is, he intentionally suppresses it to have control over his life and choices. His innocence and loyalty make him all the more appealing.

‘The melody of the forest creatures floating out to them. Heard, but unseen. It was soothing and melancholy, the soft music dripping with life and isolation. He knew those melodies fell on deaf ears, but he was always listening, his personal orchestra overlapping in beautiful harmonies, igniting him. In the ancient woods, that was the place he was truly free. The forest lines blurring as he ran, the moon’s light mapping his way, feeling the earth under his paws, as Brokk lost himself in his animal instinct. Those heartbreaking laments of the fellow creatures that could be found in the darkness tugged at him.’

You felt for every character in every circumstance, whether it was the tension of war at the very start, the peace but slight suppression felt growing up within the walls of the Academy and the untroubled childhood discovering the hidden passages and secret hiding places, the fear and darkness and it’s powerful destruction, as well as the slight glimmer of hope that there will be light at the end of the tunnel throughout the midst of war against evil. The author does a wonderful job at bringing the emotions to the surface of her writing.
Be prepared, the story is very long, the author could have easily made this into two books. It’s too long to read in one sitting but it’s definitely worth the time with the amount of detail thrown into the story. I never felt like it was too much either, the pacing was perfect, even with the ‘6 years later’ thrown into the mix, it just worked. I’ve already downloaded the next part of the series ‘Queen to Ashes’ as I’m keen to find out what happens next. Yes this book does end of a cliffhanger, but it’s a good one!!

Goodreads Review:
Emory Fae has only known one thing—life at The Academy, a school for those who have special abilities. Following in her parents’ footsteps, the pressure to uphold their dream falls on her and one of her best friends—Adair Stratton. An outcast and feared by most, Adair longs to break away from the expectations dictating his future. With whispers of dark magic spreading across Kiero, Adair starts to doubt The Academy is all it seems.
An unexpected visit ignites new tensions as the roguish king from across the Black Sea, Tadeas Maher of the Shattered Isles, and his heir, Marquis Maher, sail to Kiero. Notorious for their pirating and wrath, for the first time in years, they demand the Faes listen to their proposition for a new treaty. Caught in the middle of politics, Adair and Emory, with the help of their best friends Brokk and Memphis, search for the one thing that matters the most—the truth.
Their world is tipped upside down as unlikely alliances are made, and war ravages Kiero. Through the throes of betrayal, lies, hidden magic, and love, Adair is faced with a life changing decision. Will he fight or bow to the darkness within?
But, Adair’s decision will change the course of Kiero forever, setting in motion irreversible destinies for everyone at The Academy as Emory Fae rises as heir.